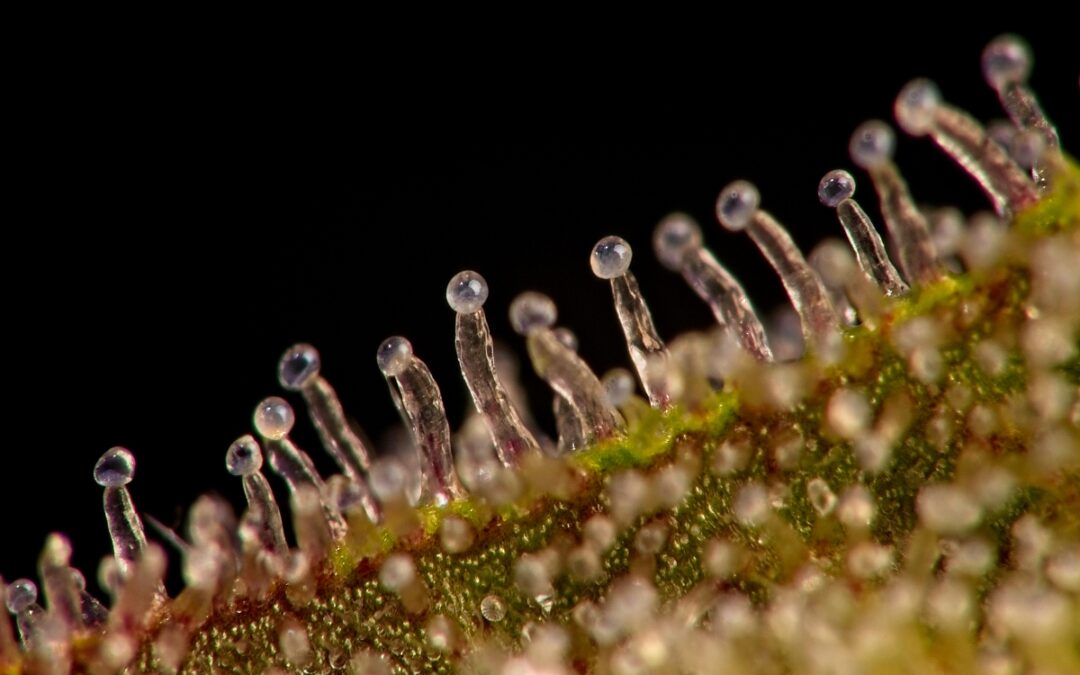 What Are The Importance of Trichomes?

Cannabis has unquestionably a scientific basis, and in recent years, its language and terms are becoming much more technical. Trichomes are one of the most used keywords in the cannabis industry and if you enjoy cannabis, you’ve wondered at some point what those crystals are on the leaves and buds of the plant and why they are so important.

So, let’s learn more details about this crucial part of the plant.

The hundreds of cannabinoids, terpenes, and flavonoids that give our favorite cannabis strains their potency, distinctiveness, and effectiveness are actually produced by trichomes.

Trichomes are frequently referred to as the cellular metabolite factory of cannabinoid and terpene production. These glandular appendages are found on flowers, bracts, and leaves of cannabis flowers.

Cannabis trichomes resemble mushrooms in shape and have bulbous, spherical heads supported by a stalk. Approximately 50–100 microns broad (1 mm = 1000 microns), they are also quite small.

Why are Trichomes Considered a Defense Mechanism?

Trichomes in cannabis act as a defense mechanism to shield the plant from pathogens, insects, and environmental stressors. Non-glandular trichomes serve as surface structures that shield plant organs from a variety of biotic and abiotic stressors.

Trichomes act as a defense mechanism for plants because they prevent animals from eating the blossoms because of their powerful odors but they also protect their plants from harmful winds and even some types of fungal development.

Cannabinoids synthesize in the trichome just as the plant enters its flowering stage. Trichomes form along the outer surface of cannabis plants when they start to produce flowers and metabolize the precursors for a wide range of cannabinoids, including THCA and CBDA.

Trichomes can consist of scales, papillae, glandular hairs, and hairs. They develop on the appendages of several plants, including cannabis, as well as on lichens and algae.

Types of Trichomes on Cannabis

Cannabis trichomes have crucial functions in providing hundreds of known medicinally and therapeutically advantageous compounds that are unique to cannabis, in addition to protecting the plant from external factors. However, always keep in mind that if a strain has a lot of trichomes this isn’t a good sign of the plant’s cannabinoid content. So, do your research before buying a new strain from the dispensary!

« How to Pass a Drug Test