The cannabis industry is continually changing. More states are moving to legalize, and the government is reintroducing an old bill. The industry is supporting thousands of jobs, and new cannabinoids are taking the spotlight. It’s a lot to keep up with, but we’re here to help. Here’s some of the latest cannabis industry news and current events.

States Considering a Move to Legalize Cannabis in 2021

During the 2020 presidential election, five states had legalization measures on their ballots. Arizona, Montana, and New Jersey voted on recreational legalization, while Mississippi voted on medical legalization. South Dakota had measures for both. Every one of them passed.

Several states are looking to create initiatives for the 2022 midterm elections, but some don’t want to wait that long. Some states are more likely than others to see new legislation in 2021, but these moves are showing that there’s strong bipartisan support for policy changes. 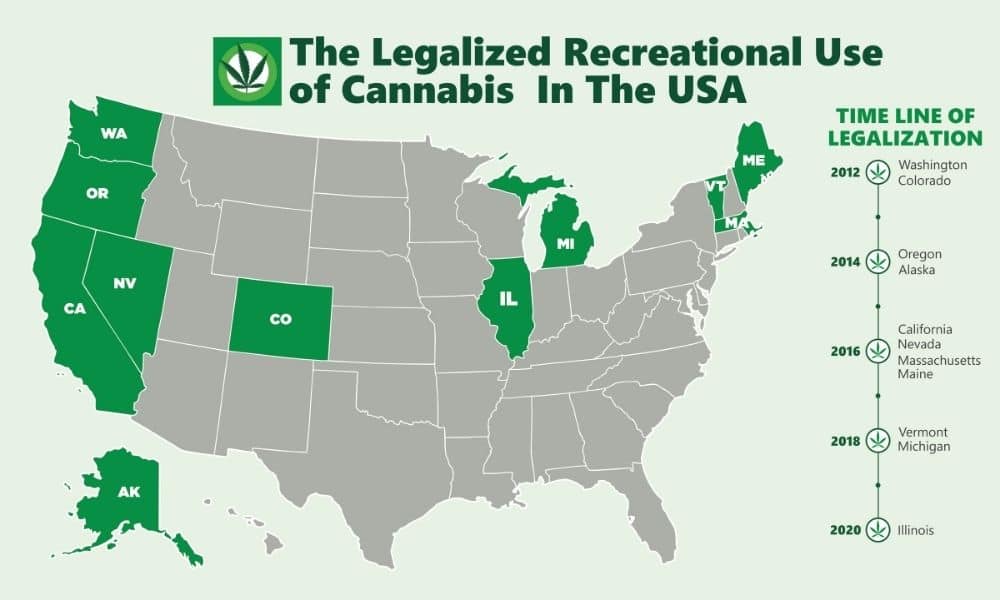 The Reintroduction of the SAFE Banking Act

The SAFE Banking Act made history in 2019 as the first standalone cannabis bill to pass a House floor vote. That same year, however, it died in the Republican-controlled Senate. It passed the House again in 2020 as part of the second Coronavirus relief bill, but the Senate removed it.

Colorado Representative Ed Perlmutter reintroduced the SAFE Banking Act again in the House on March 18, 2021. Now that the Democrats control the House and Senate (as well as the White House), there’s a much greater chance we’ll see this critical piece of legislation pass.

Mexico Is Likely to Legalize Cannabis

Mexico’s Chamber of Deputies recently passed legislation that would legalize cannabis for medical, recreational, and scientific uses. The new bill would make the country one of the largest legal cannabis markets in the world, alongside Canada and Uruguay. Before legalization, the bill will first need to pass the Senate.

Many argue legalizing cannabis in Mexico could combat drug-related violence and improve security in the country. Supporters say it could lessen the influence of the powerful cartels. Critics, on the other hand, worry there won’t be any impact at all.

The US Cannabis Industry Supports over 300,000 Full-Time Jobs

It’s no secret that the cannabis industry has been growing significantly in recent years. In fact, it’s the fastest-growing industry in the United States. The most recent Leafly Jobs Report demonstrated this when it showed the industry now supports 321,000 full-time equivalent jobs as of January 2021. With 77,300 jobs added in 2020 despite a global pandemic, that’s more than twice the growth of 2019, which saw 33,700 new jobs added. Cannabis is also now a more than $18 billion industry, a 71% increase over 2019.

As the states that passed legalization measures during the 2020 election begin to implement their programs, and as more states pass their own legislation, we’re likely to see the industry continue to grow in the years to come.

Things change fast in the cannabis world. The industry is growing and expanding quickly, but it’s nothing if not exciting. Stay tuned to hear what happens next!